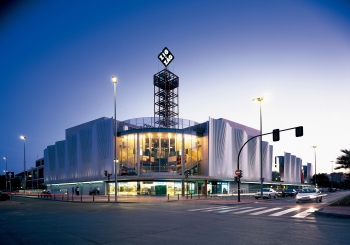 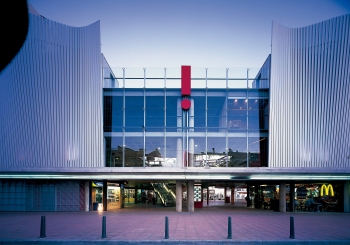 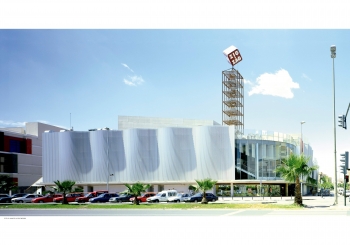 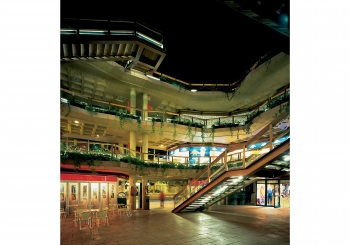 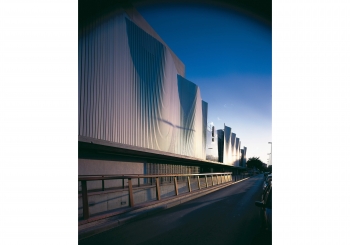 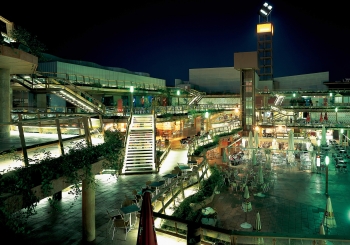 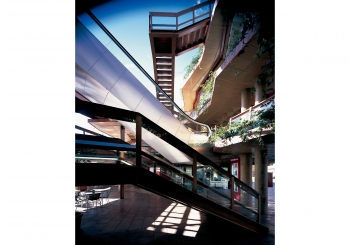 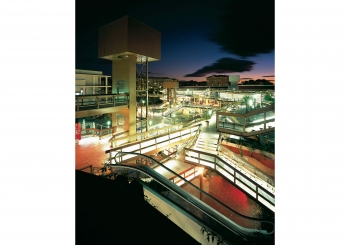 With Laurent Godel and Javier Peña

This was the first leisure and entertainment centre in Spain that was not also a shopping centre and includes a multiplex cinema with ten screens. The audacious real-estate developer Layetana decided against a hotel in order to invent this new class of edifice. The idea behind it was very clear: the facade would be a great urban curtain, and inside, with the curtain drawn back, a series of stepped, recessed platforms would configure the spaces and the terraces of the various premises. In this way, one could always pass through this labyrinth by a variety of routes, creating a great amphitheatre in which to see and be seen. The facade was resolved in a very simple way: a surface marked by straight lines, in which the extruded section was progressively inclined to create the curved effect. This also served to cover all the connections and installations for the various premises, whose main facade is naturally turned towards the central space and not to the street. In the middle of the edifice is a large plaza, with a pond to serve as a natural backdrop for the whole complex. An urban jungle to have fun in, with trails and circuits to stroll at pleasure, between a cascade of vegetation, the shade of the overhanging upper stories and the liveliness of the bar terraces.