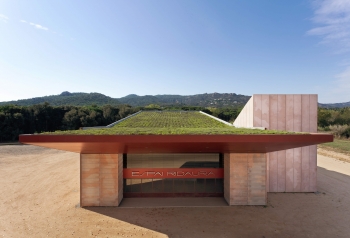 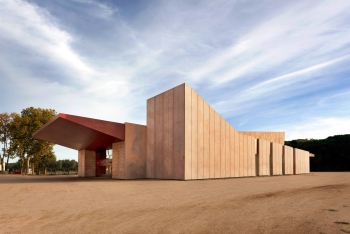 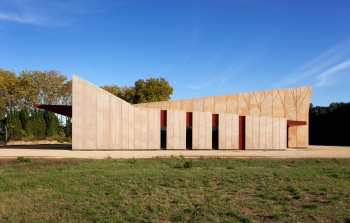 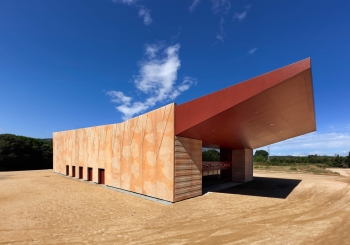 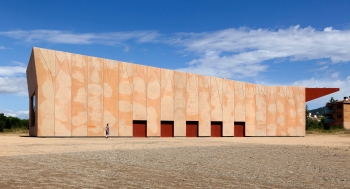 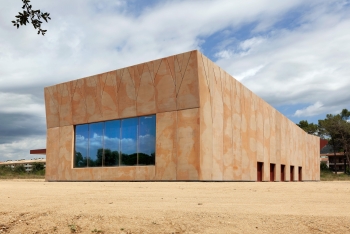 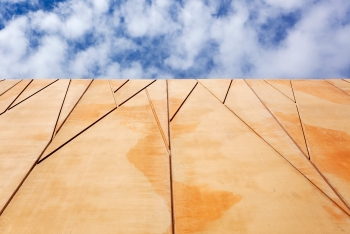 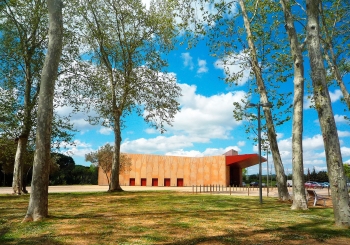 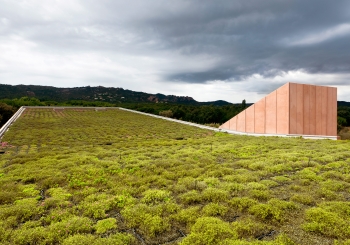 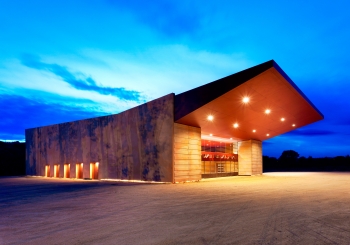 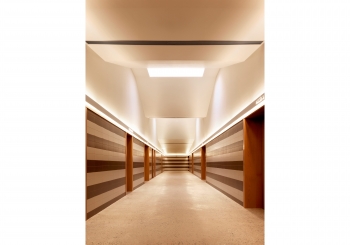 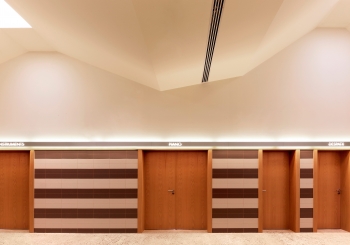 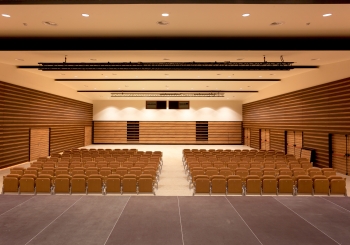 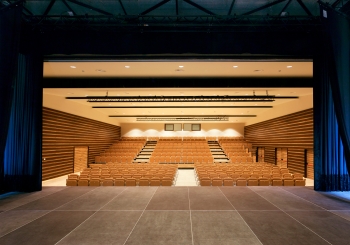 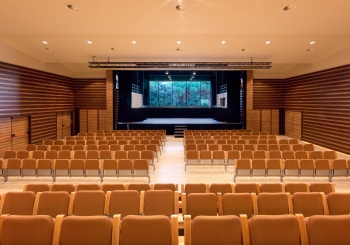 Santa Cristina d’Aro is a pretty village close to the Costa Brava, which still retains its rural charm. It is shaped by the Vall d’Aro, named after its river. The local council decided to invest in public facilities and culture, and to build a multi-purpose centre and auditorium in an area close to the river-bank, which is to become a new pedestrian axis through the village. Our project had to meet a series of very strict requirements laid down by the Culture ministry of the Catalan government. It was to be a very versatile space, but at the same time one that was very well fitted out for all uses. Our proposal consists of separating the central body from the services, creating inverted ridge roofs, with a large opening to receive people in the entrance and another at the other end to provide enough height for the stage. Behind this stage we decided to place a large picture window, through which, when the current use permits it, can be seen the idyllic backdrop of vegetation along the river bank. The facade is constructed on the basis of large prefabricated panels for industrial purposes, but with certain alterations in the mould and a special pigmentation to distinguish them and confer the character of a cultural facility.