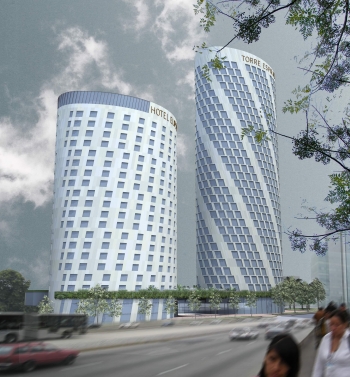 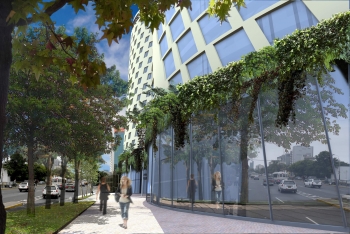 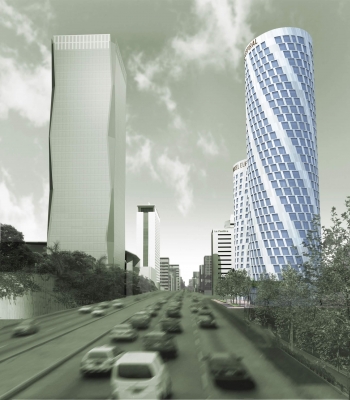 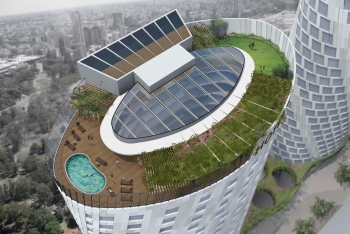 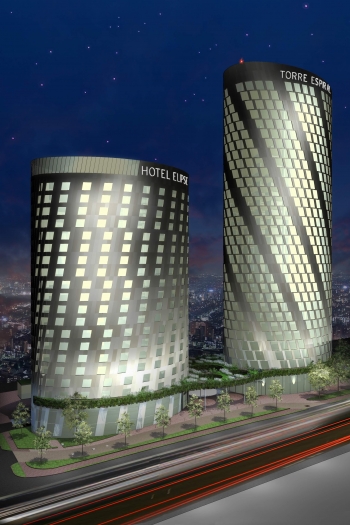 The Avenida Javier Prado is one of the main avenues in the city of Lima.

The stretch between Avenida Arequipa and the Paseo de la República (also known as Vía Expresa) handles all the movements connected with the financial area in the district of San Isidro. San Isidro is the financial centre of Lima, which concentrates about 20% of Peru’s GDP.

It is precisely in this strategic enclave that it is proposed to build a complex of offices, a hotel and car parks to complete and consolidate the existing supply, but with the idea of taking a leap forward in terms of form by way of an iconic, cutting-edge design: an architectural landmark in Lima.

The hotel rooms are distributed around a central court which is open for the whole of its height, from the lobby on the ground floor up to the roof, topped by a great sky-light and with an abundance of greenery. Thus, access to the bedrooms is from a striking space, a space which all hotel users share and which also contains the panoramic lifts that serve all the floors. At the same time, this central court is used to create a natural circulation of air, bringing with it climatic and energy-saving improvements. On the roof there is a wellness area and a gym, with an open-air swimming-pool, solarium and a small bar for guests. Green roofs are used for all structures.