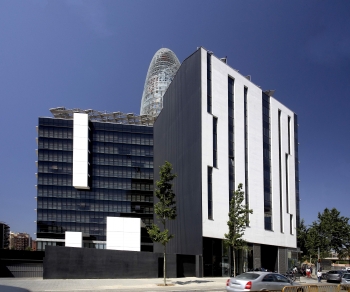 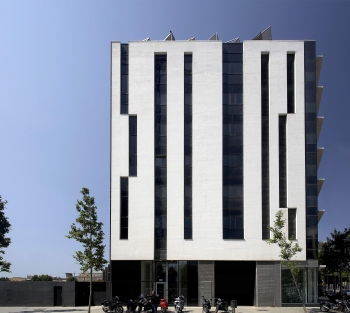 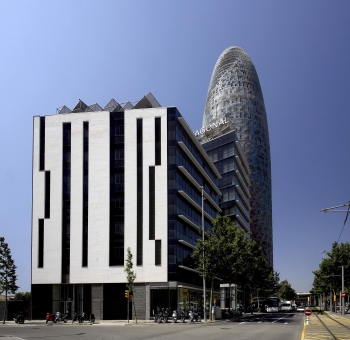 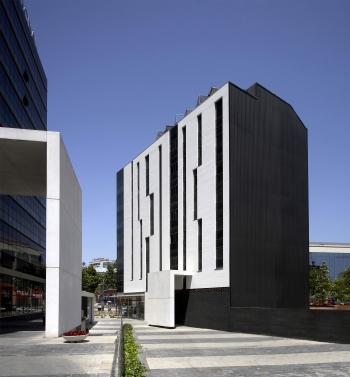 How to make the facade of an apartment building look as though it belongs to an office block? That was the challenge; we had to do a block of apartments in Barcelona’s most important avenue, Diagonal, on a site surrounded by facilities and offices. So we couldn’t propose a facade with its little balconies jutting out and windows to light the domestic staircase. Nonetheless, it had to be done without detriment to the illumination and sunlight reaching the interiors or the views from them. On the contrary, what we wanted to do was to make sure that all the apartments, all with a large area of facade, would make the very most of the ultra-prime site.

The design motif chosen was to follow with a similar curtain wall the facade of the adjacent building, thus creating visual continuity along the street frontage, but on the sides to combine glazed openings and brickwork columns faced in one-coat rendering, following a set of superimposed keys with a clearly vertical composition. The ground floor offered an exceptional opportunity for locating shops, which furthermore gave onto a private open space for public use between the apartments and the Diagonal Barcelona Silken hotel, a space that connects the pavements of Diagonal with the park within the city block.