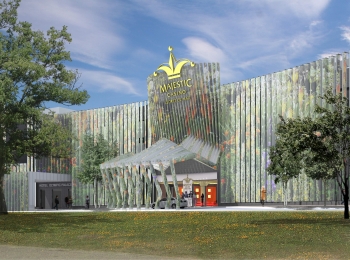 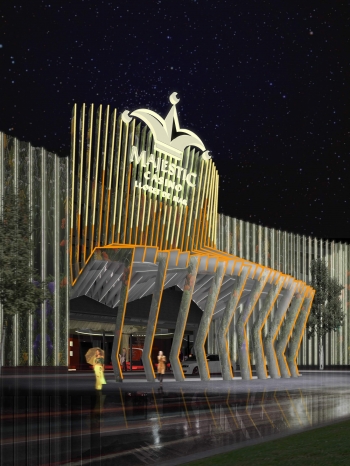 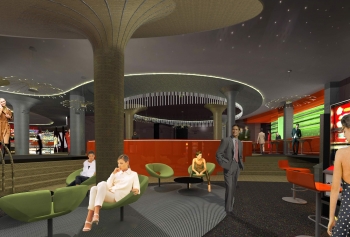 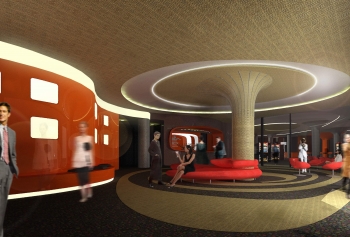 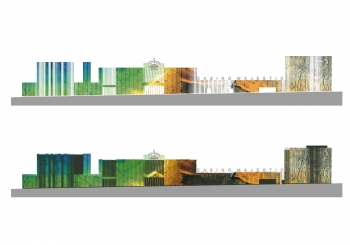 The casino in Lloret was scandalous, in terms both of it site and of its content, and finally a competition was organised to design a new one. Several hotel and gaming groups went into action to build a more dignified casino. The Cirsa group, experts in such things, set up a joint venture with the hotel group Cotursa, based in Lloret. With its impeccable site, resolving traffic and access issues, we proposed giving the hotel complex a new facade that would not only present the casino’s gaming rooms, but also give continuity to the whole of the Hotel Olímpic complex, a veritable urban resort. To this end we conceived large orientable plates, bearing graphics and illuminated, which in the course of 150 metres, at various heights and with various graphic motifs, would configure a series of volumes, strongly emphasising the entrance, with an access canopy in which the plates would acquire kinetic life and surge forward to create a shelter to receive the visitor.